On 7th of September 2009, the State Government of Penang invited entries for an international competition to physically brand the historic of George Town, Penang in conjunction with its listing as a UNESCO World Heritage Site in 2008. The design idea competition aims to explore innovative ideas in art and design for public spaces in George Town, providing the heritage zones with a distinct and tangible identity. The competition is divided into 2 stages which are Design Concept (Stage 1) and Design Solutions (Stage 2). A total of 40 entries from Malaysia and abroad were received for this competition.

All 40 entries submitted for “Marking George Town: A Design Idea Competition” resulted in many interesting and creative design ideas to be considered for implementation. Four entries: MGT39, MGT61, MGT55 and MGT132, managed to get the attention of judges and became the best design ideas for the competition. 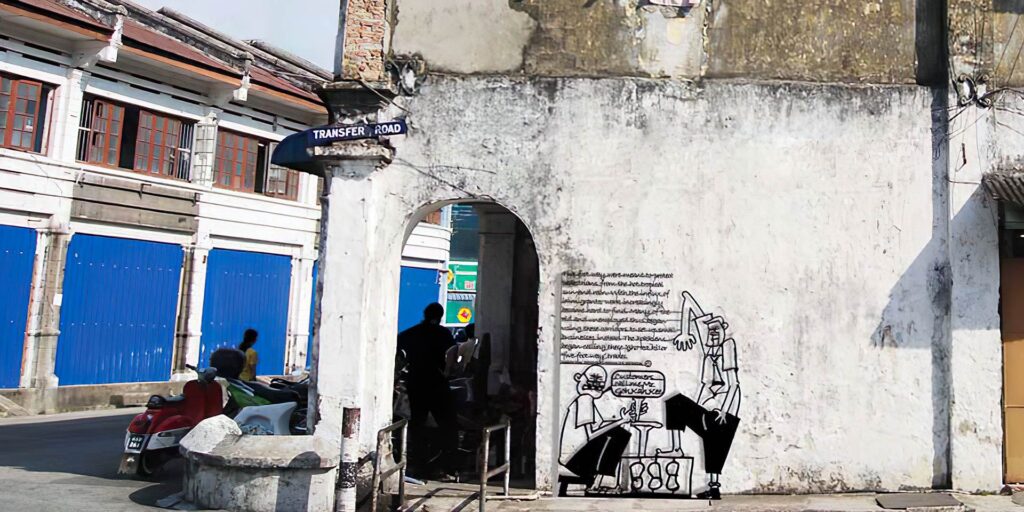 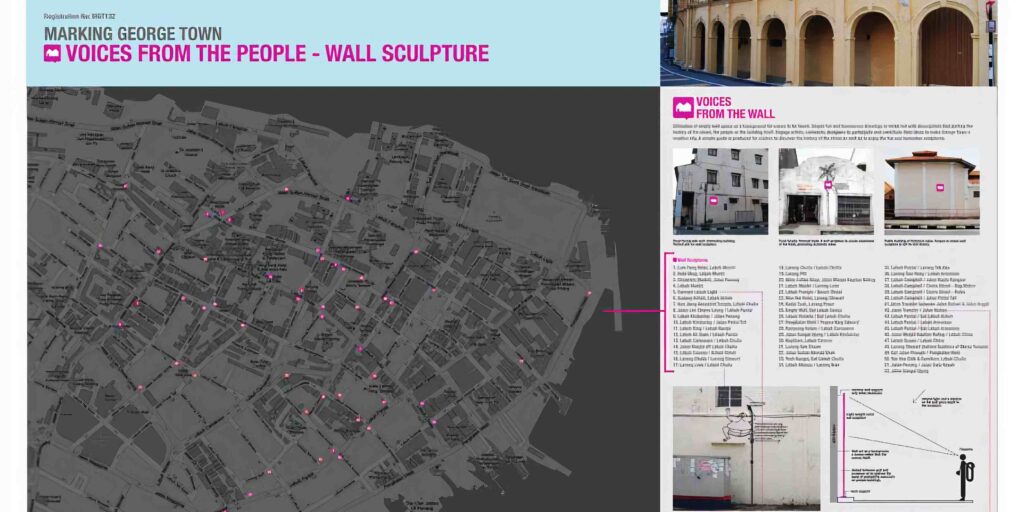 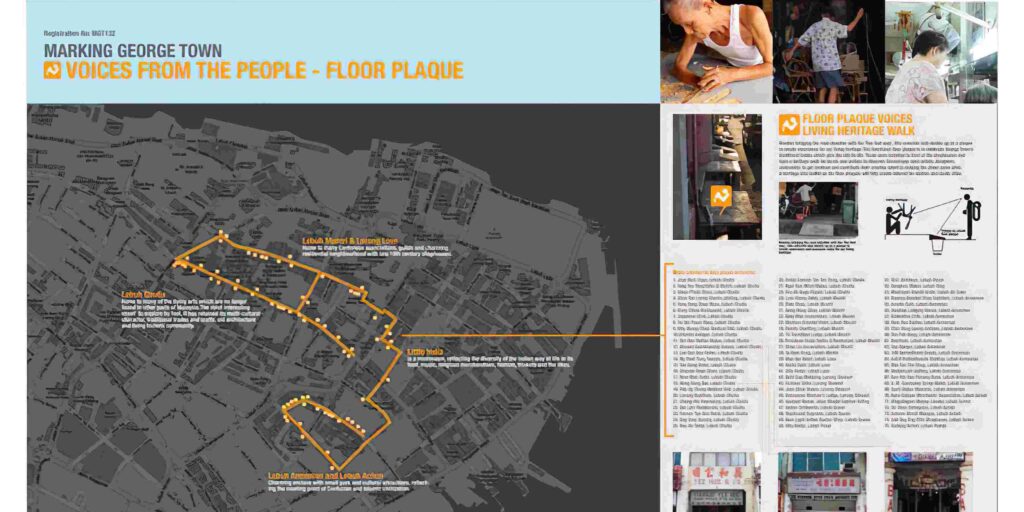 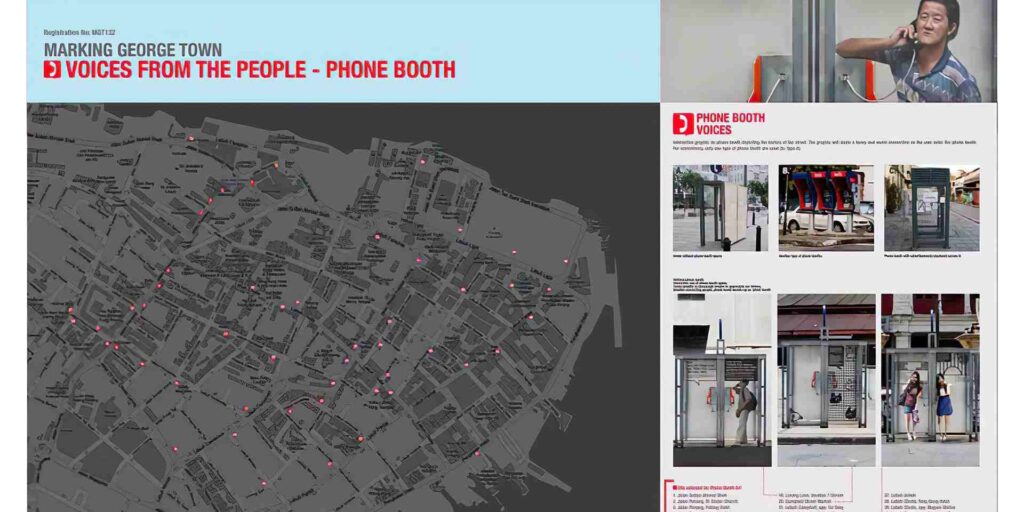 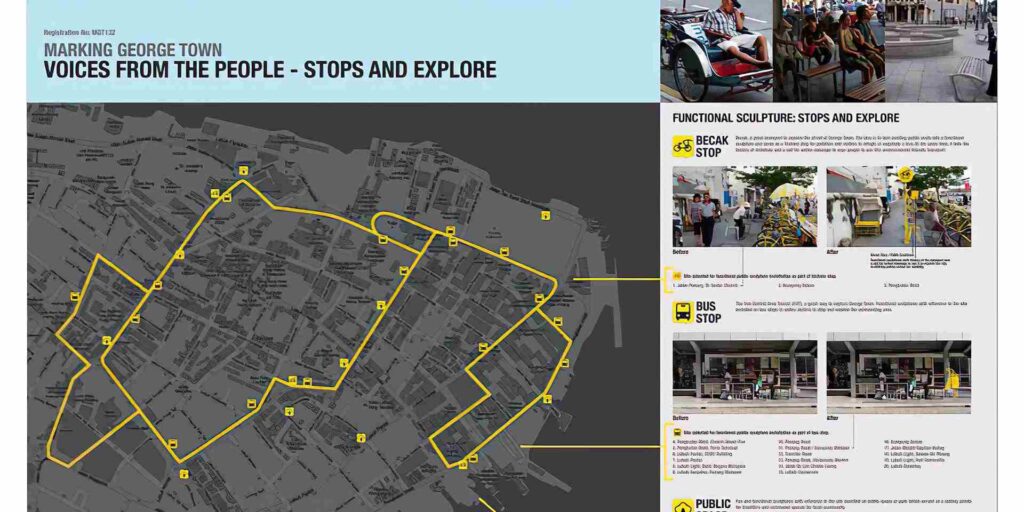 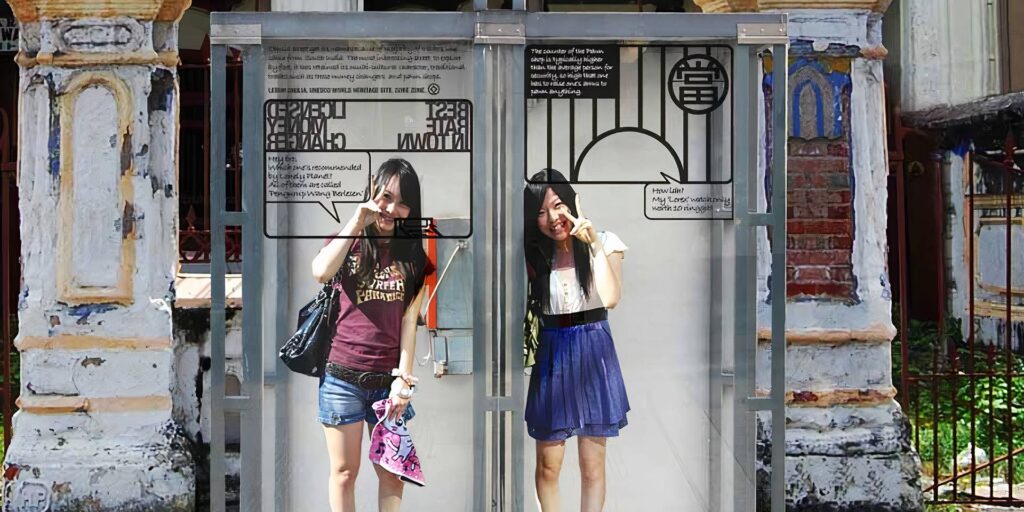 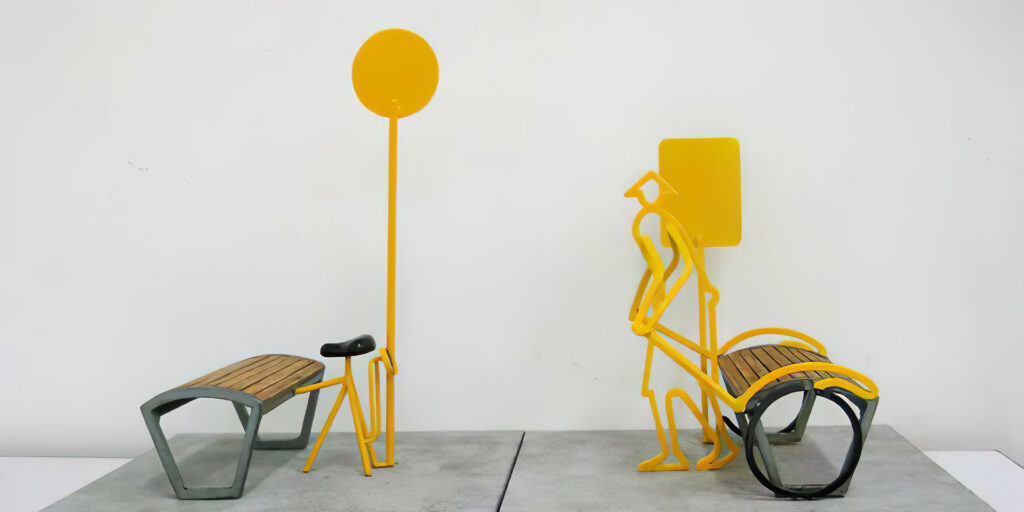 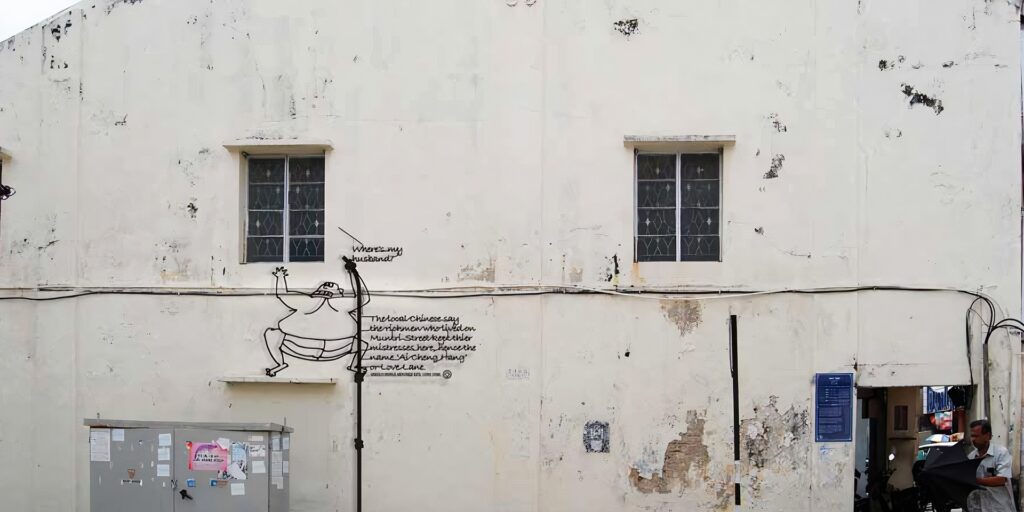 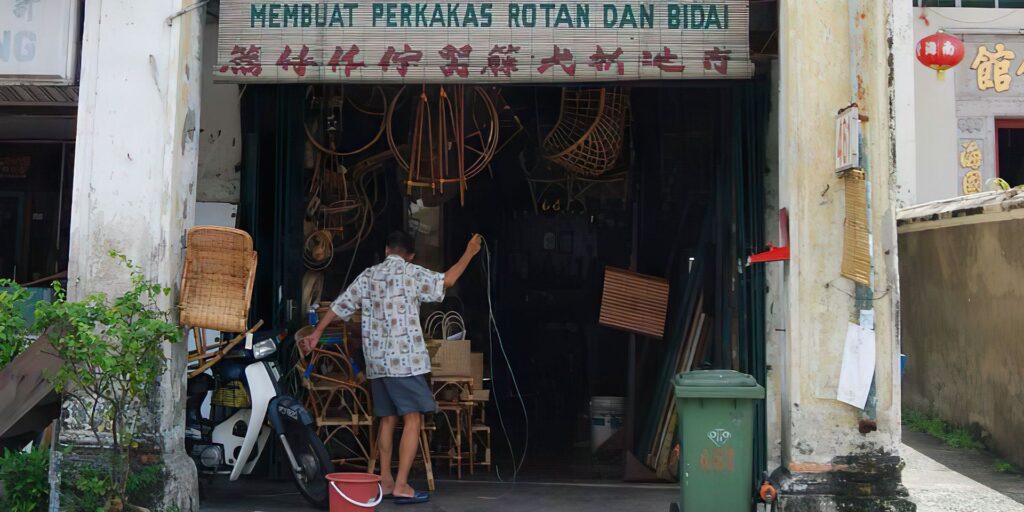 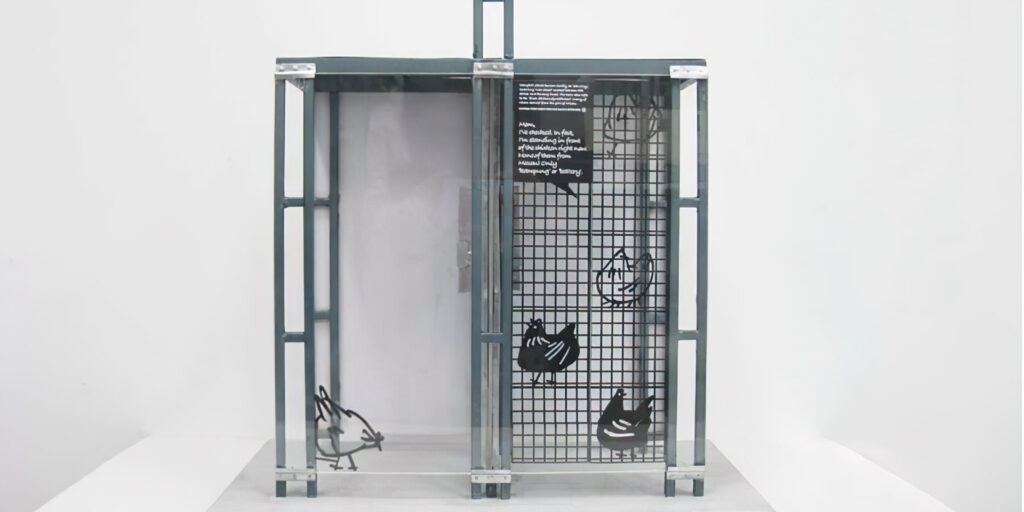